In the first step of the Change Corps program, you’ll take part in an intensive classroom and field training where you will learn and practice the organizing skills you’ll need for the rest of your career.

The organizers who launched Change Corps understood that new activists need a place to start, to learn how to make their mark.

That's why we bring in trainers from across the country, covering a wide range of issues, to teach you how to organize, run a campaign and win change. You’ll learn skills from nonprofit group leaders like Cecile Richards, former president of Planned Parenthood, and Bill McKibben of 350.org.

You’ll learn about the tactics used to win change on issues such as marriage equality, where a small number of activists raised awareness and organized grassroots support. They kept pushing and persuading decision-makers to stop obstructing change and start embracing it. Now, equality is the law of the land. That’s what we need to do on other issues if we want to see more real progress in our country.

To get a sense of additional trainers and topics we cover, here’s a sampling of sessions from our Summer 2018 training program.

Change Corps draws from a deep well of talented and experienced organizers and trainers, including leaders at ProgressNow, Planned Parenthood, SEIU and other partners.

In the past, our guest trainers have included: 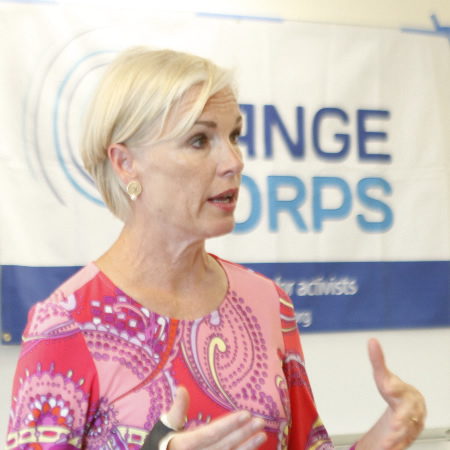 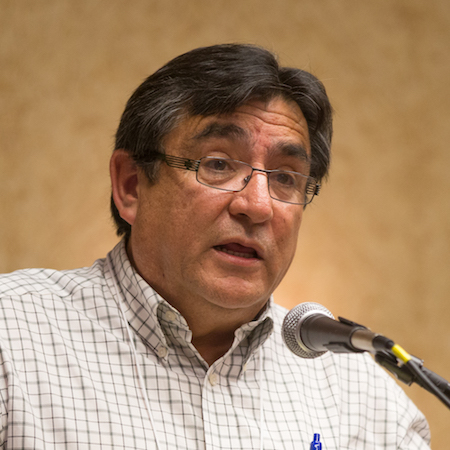 Ben Monterroso is a key champion and leader for many immigrants’ rights campaigns, dating back to 1994 when he helped lead the fight against California Proposition 187, an extreme anti-immigrant ballot initiative that proposed stripping basic human and civil rights from immigrants. Under Ben's leadership, Mi Familia Vota Education Fund's voter registration, education and mobilization efforts made the organization a national leader in Latino civic engagement. 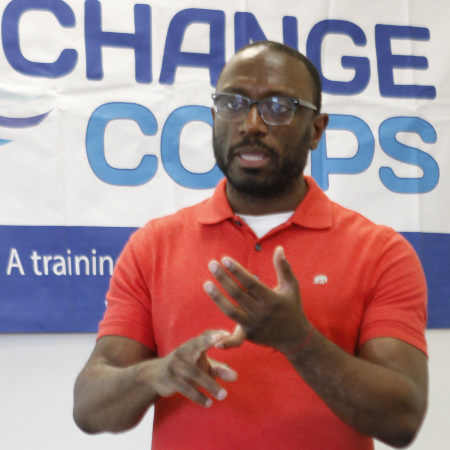 Michael Crawford is the digital and creative director for Freedom to Marry, where he manages the organization’s websites, email program, online fundraising and social media presence. He has a wide range of experience in political advocacy, new media and grassroots organizing. He was a leading strategist for the successful campaign to win marriage equality in Washington, D.C., and co-founded D.C. for Marriage.

If you are interested in working with Change Corps, fill out this form and we will send you more information about our positions. From there we will connect you to our online application.


Long-lasting social change simply doesn't happen without organizing. I’m thrilled that Change Corps is passing on the secrets of the trade to a new generation of activists.